Close to home, but a world away.

The true story of how Bell Buckle got its unique name.

located in the heart of Tennessee, the Town of Bell Buckle is perhaps, most uniquely significant because of its name.  A variety of local legends offer explanations for the town’s unusual name, and while no one of these theories has been documented there is one that is widely accepted as truth.  According to this tradition, the first white men to traverse the area now known as Bell Buckle discovered a carving in the shape of a cow bell and buckle on a tree near a free flowing creek.

This carving was interpreted as a warning from Indians that the domesticated animals of white civilization were intruding upon their lands.  Thereafter the creek was referred to as Bell Buckle Creek and, logically enough, the town which grew up on the banks of that creek adopted its name. 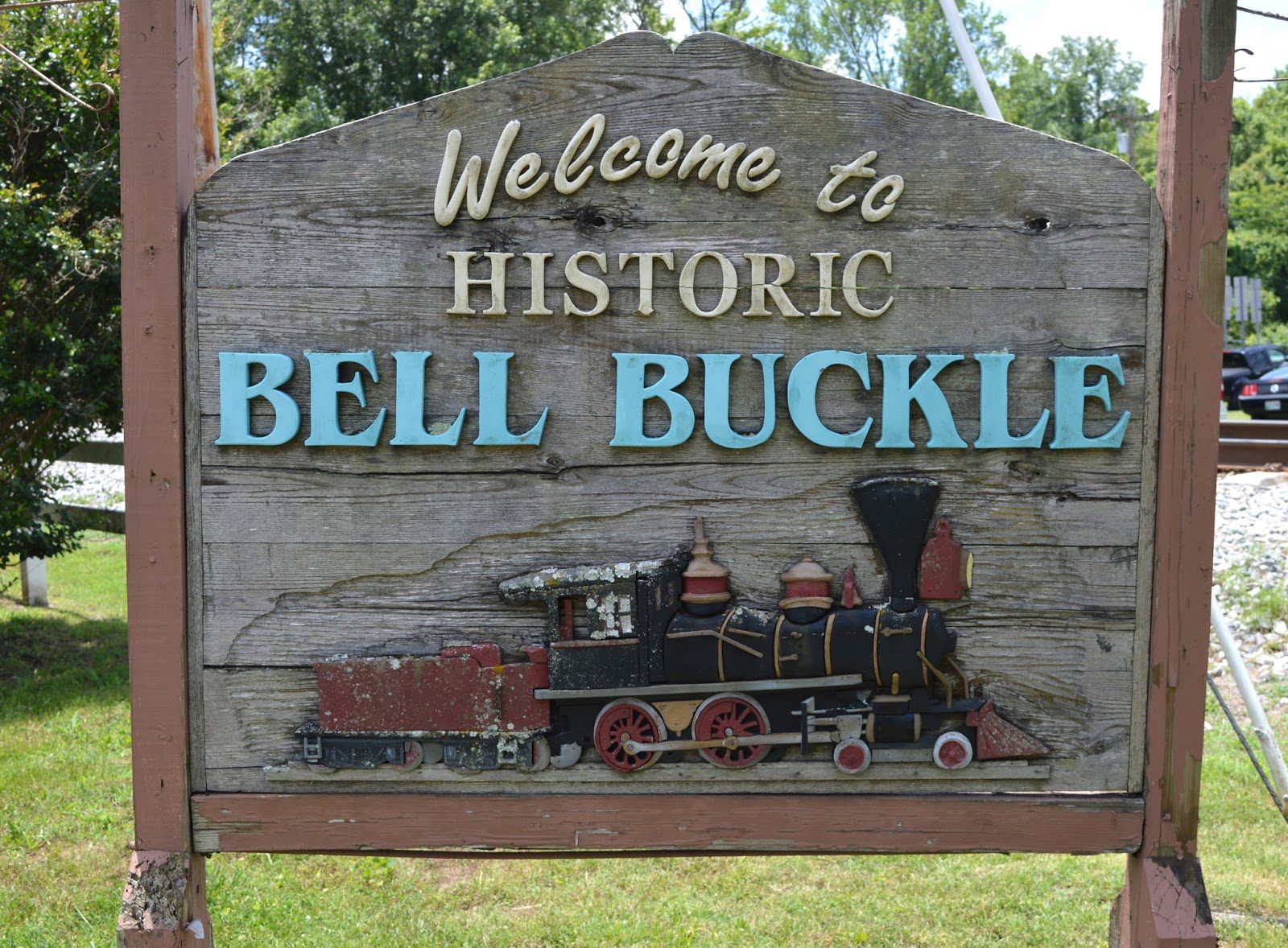 A settlement of small proportions thrived in the Bell Buckle area during the early part of the nineteenth century, however, it was not until mid-century that the population increased enough to incorporate a town.  Location of a main line of the Nashville and Chattanooga Railroad through Bedford County in 1852 stimulated growth in many small settlements near its right of way.  A. D. Fuggitt, generally credited as being the founder of Bell Buckle, donated land for construction of the railroad near the settlement in 1852, and opened the community’s first general store in the same year.

In 1852, the Louisville to Nashville Railroad was constructed through Bell Buckle bringing instant economic prosperity to the community. The town became the largest shipping point for livestock between Nashville and Chattanooga. During the same period, Webb School, a private, college preparatory school, relocated to Bell Buckle contributing greatly to the growth and popularity of the community.  The importance of the railroad was emphasized during the civil war when Bell Buckle residents were witness to many troop movements by both armies as they sought to control rail traffic into the Deep South. Bell Buckle flourished with the growing popularity of rail transportation and enjoyed its greatest period of prosperity between 1870 and 1900.

Soon after the turn of the century, however, the “iron horse” entered into a period of what was a steady decline, and thus foreshadowed Bell Buckle’s future. Today the freight trains of the Louisville and Nashville Railroad still rumble through Bell Buckle, but they are given only cursory acknowledgement by the town’s residents.

The Great Depression of the 1920’s devastated the Bell Buckle railroad trade.  The advent of the automobile and the decline of the railroad created enormous adversity and the row of one-story businesses, which comprised the downtown, began to suffer the dilapidation of many other railroad stops.  Long unoccupied, most stores were boarded up until the 1960’s.

During the 1960’s, a quickening of appreciation for its quaint heritage started a wave of rentals, purchases and renovations that helped Bell Buckle flourish once again.  One unexpected result of the earlier economic declines was that many of the Victorian and Arts and Crafts style homes were not replaced with more modern structures.  In 1976, during the nation’s Bicentennial, an area including the Bell Buckle downtown and continuing to the Webb School property, was listed in the National Register of Historic Places.  There are a great many of these homes that have been restored or renovated, not only in the officially designated historic district but also through the town.

Since its resurgence, Bell Buckle has become a center for arts and crafts and a favorite destination for antiques shopping. Bell Buckle has a long history of celebrating the arts and encouraging artists. Over the years this quaint and quirky Victorian village has been home to a remarkably rich array of writers, musicians, quilters, sculptors, photographers, potters, mosaic artists, painters and Grammy winners.

Through the efforts of local officials and community leaders, Bell Buckle has re-established its former popularity by becoming a nationally recognized mecca for artisans, craftsmen, and antiques. The quaint little town is known far and wide as the destination for antiques, handmade crafts, country music, home-cooking at the world famous Bell Buckle Café, and classic Southern hospitality. Thousands of visitors are drawn each year to visit the charming downtown with its unique shops and eateries and participate in the annual festivals.

A park was built in the early 2000’s, which earned the 2009 Governor’s Stewardship Award. The park features a half-mile walking trail, playground, picnic pavilion, amphitheater, a Level I arboretum, and local art structures. Bell Buckle also has the distinction of being the smallest town in Tennessee to become a Tree City USA and has continued that status since 2000.

The future of Bell Buckle is bright. Old houses are being renovated, families with young children are moving into town, and downtown commerce remains vibrant and healthy. The ingredient that links our past history to our future is the contribution of the many people who have established roots and have kept this community alive. The pure and steady heartbeat of this beloved little town is kept strong by those living here and is embraced by those who visit.